I spent a week in Phuket and Bangkok, Thailand in March – 5 days in Phuket and 2 days in Bangkok. I was in desperate need of an overseas holiday – I hadn’t had one in a very long while. This wasn’t my first time in Thailand, I was in Bangkok for work in 2015 but I only stayed in the city and thus I was very excited to explore the island life this time around. You’ll see that most of the photos are from Phuket, this is because we spent most of our time there chilling and relaxing whereas when we were in Bangkok we were shopping.

Just a by the by, Thailand was not our first choice of destination, it wasn’t even in our plans but lucky for us it came through when our first choice fell through. We were meant to go to Australia: Sydney and Melbourne to be exact but because of visa issues (long story!) we had to change our flights the week before and go to to Thailand instead.

It took 36 hours travel time to get to Phuket, I was soooo tired by the end of it! I left Kampala in Uganda at 7am (East African Time) to Johannesburg, then I was in Joburg for 9 hours waiting for my next flight, luckily I went to stay over at my friend’s house where I got a bit of rest and freshened up . The next flight was 8 hours from Johannesburg to Doha, we had a 2.5 hour layover in Doha then flew for 6 hours to Bangkok. In Bangkok, we had a 4 hour layover which was enough time for us to clear immigration and head on over to the domestic terminal to check in for the 1 hour flight to Phuket. We arrived in Phuket after midnight and went straight to bed!

If you are interested in a post on Thailand travel tips, please let me know in the comments. It’s a convenient and (still) affordable holiday destination for South Africans and I’ll gladly help with any tips for anyone who wants to travel there.

Here’s what went down…

We chose to do full on resort living and relaxation while in Phuket, we stayed at the Crowne Plaza in Panwa Beach. I highly recommend it, we had an amazing time.

The view from our room was sublime, imagine waking up to this on a daily basis!

We had 2 pool days while we were at this resort – this was one of the pools we were at on one of those days.

We went on a tour of the Phi Phi islands on one of the days, the one stop on that tour was this beautiful island which was featured in the movie The Beach (I’ve never seen the movie).

A shot from another island we came across on the tour.

On our way back from the islands tour the tide had gone out on the beach where we started out the tour so we had to walk back to shore from the water’s edge. (and yes, I was walking around in my bikini only in public, during the people and it felt so good to be free like that and not having anyone trying to grope or shouting inappropriate comments at me)

I had on a full face beat on the day we travelled from Phuket to Bangkok -it was so awesome to do my face after being makeup free for so long.

Insiders tip… the best place to get all the hot tea on my travels is on my InstaStory – that’s where I post the most when I’m travelling, usually only the PG stuff makes it to the blog 😉 so make sure you’re following me on Instagram… @bylungi

The hotel buffet breakfast was always ah-mazing and there was such wide array of food to please both the Eastern and Western palates. I don’t eat dragon fruit (the black,white and pink fruit), I put it on my plate because it was going to look good on social media 😀

One of my fave pictures

For our domestic flights we used an airline called ThaiSmile -they’re a low cost, no frills airline in Thailand.

On our first night in Bangkok we went to watch Black Panther at the cinema, the soft drink was sooooo huge – I couldn’t even finish it. Fun fact: at the cinema after the movie previews and before the movie started, everyone in the cinema had to stand up and “sing” the Thai King’s anthem… we were so not ready for that!

Makeup free on our last day in Bankgok, I just had on Fenty Beauty Gloss Bomb on my lips.

I did some serious damage at Sephora! I have a haul video coming out soon on my YouTube channel… this was just a part of my haul!

You may also enjoy:

I am Lungi. I love all things beauty, hair, diy, food and travel. This is my space in the www where I share my faves and not so faves, my current regimens, reviews, routines...by Lungi 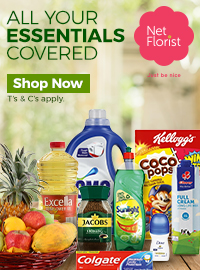